Thus was born the World Science Database which now holds more than 12,000 items of data including scientists, abstracts, journals, conferences, and more.

Some Scientists from the Database

Some Books from the Database 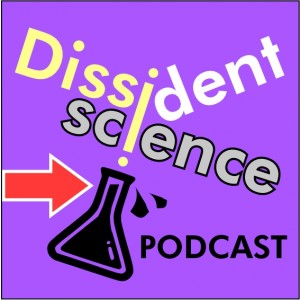 Mainstream physics and cosmology have run amuck and theories such as the big bang, black holes, and relativity are now under fire by thousands of scientists, professors, and engineers from around the world. Step into the world of the dissident scientist and find satisfying answers to mainstream dead ends and you will discover that science is fun again!

Follow us as we interview the next generation of great scientists who are knocking mainstream science on its proverbial keester.

You can find all the podcasts at http://www.dissidentscience.com.

If Einstein is wrong, why don’t I know anything about it and why is it not all over the news?

“You know, I wonder how you feel about going public endorsing this phenomenon on 60 Minutes when maybe 90 percent, I’m guessing, of your colleagues think that it’s crackpot science?” Pelley asked.

“I certainly was among those 90 percent before I looked at the data. And I can see where they’ll be very concerned when they see this piece. All I have to say is: read the published results. Talk to the scientists. Never let anyone do your thinking for you,” he replied.

If Einstein is wrong, then who is right?

In science, not all theories can be replaced.  Some theories need to be thrown out and start over.  Many dissident scientists from around the world agree that we must start over with the fundamentals and that relativity is a dead-end.

What about all the proof out there for relativity?

Most scientists, professors, and journalists repeat what they have been told about “proof” for relativity.  If you actually go back, study the actual experiments, you find a very different story. In the film, we take the proof head-on and what we found was very surprising. What did we find?  See the movie when it comes out.

What are the plans for the release of this documentary?

Director David de Hilster has been a member of the International Documentary Association since 2004 and has been participating and consulting with members and directors of the organization. The plan is to submit the documentary to the major film festivals in 2013 including Canne, Berlin, SilverDocs, Toronto to name a few. If all works out, de Hilster wants submit the documentary to the IDA’s DocuWeeks which help qualify films for Oscar nomination. De Hilster is working with lawyer Michael Donaldson and distribution consultant Peter Broderick.

WE'D LOVE TO HEAR FROM YOU

Keep in touch with us